Dimitrios Stergiou graduated from the Hellenic Military Academy in 1992 and joined the Artillery Corps where he has served as platoon leader and company commander in the artillery training center and in combat units.  In 1997 he joined Hellenic Army Aviation and received his academic and flight training as a Helicopter and Fixed-Wing Pilot in Greece and in the United States. From 1997 until 2007 he served in Army Aviation Units and in the Hellenic Army Aviation Directorate at the Hellenic General Staff. From 2007 until 2010 he was the Hellenic National Defence Ministry representative at NHIndustries in Aix-en-Provence (France) charged with overseeing the respective helicopter procuring program. He has also served as a professor  at the Infantry School in Army Aviation Tactics and as education department supervisor at the Army Aviation Directorate. He is a graduate of Captains Career Course in the US (2005) and of Supreme Joint War College (ADISPO) at the top of his class (2012). He has a Master 2 in Law, Economy and Management in the field of Comparative Military History, Geostrategy, Defence and Security from the University of Marseille. He retired at his own request in 2014 with the rank of Colonel.

He is scientific associate in Eurasia publications, at the Institute of Continuing Education of the Hellenic Armed Forces General Staff (HAFGS) and the coordination of War Geoeconomics team at the Institute of International Relations (Panteion University). He is also a researcher in ForTANK and a member and lecturer at Hellenic Institute of Strategic Studies (ELISME). From October 2014 he is a Ph.D. candidate at the department of economics of University of Peloponnese in the field of Geoeconomics where he teaches the course of Economic Geography and Geoeconomics.

He has published various research papers and articles in academic journals in the Greek daily electronic press. He has presented his work in a number of seminars and international conferences regarding international affairs and Geoeconomics. He has also organized a number of seminars and conferences in the field of Geoeconomics.

He speaks English, French and German. 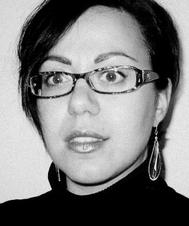 Irene holds a BA in International Relations from the University “Libre de Bruxelles” and MPHIL in International Politics from the University of Glasgow. She has spent six months (2006) as an intern in the Delegation of the European Commission to the U.S.A working in the Deputy Head’s office doing research comparison and analysis on international political and economic subjects and writing reports. In 2012 she has worked as research assistant in Jean Monnet European Center of Excellence/National and Kapodistrian University of Athens where she focused on research and analysis on EU’s topics. Finally Irene has spent almost five years in the Greek National Television and Radio as a research analyst on international political topics (American and Greek foreign policy) discussed during radio broadcasting. In 2009 she has worked in the Institute of Research and Training on European Affairs (I.R.T.E.A) as radio presenter on topics concerning the EU, interviews from MEPs, policy analysis and comments on Europe’s news in collaboration with the European Parliament Information Office in Greece. Since 2009 she works as a journalist and online editor at a news website monitoring and analyzing current political, economic, defense and security issues. She has published various research papers and articles regarding international politics, defense and security. Irene speaks excellent Greek, English and French.

Ioannis has graduated from the Hellenic Military Academy and holds an MA in Southeastern Europe Studies from the National and Kapodistrian University of Athens. His master thesis focused on Security Sector Reforms in Serbia, Albania and North Macedonia. In 2003-2004 he worked in former Yugoslavia as monitor of the European Union under the international mission “European Union Monitoring Mission” where he focused on minority, defense and security issues. In 2006-2007 he joined as an intern researcher the “Euro – Atlantic relations” team in the Institute for International Relations (IIR). The period 2010-2011 he joined as an intern researcher the Center for Russia, Eurasia and Southeastern Europe (CERENE) and more specifically in the Foreign affairs, Defense and Security group. In 2011 – 2017 he was Head & Coordinator of “Southeastern Europe Intelligence Unit” in the Institute for Security & Defense Analysis (I-SDA). In summer 2017 Ioannis graduated from the Hellenic Supreme Joint War School.

He has attended several seminars and conferences regarding international relations and more specifically in the field of defense, security, energy and conflict resolution. He speaks excellent English, Greek (mother tongue), good French and fair Arabic. 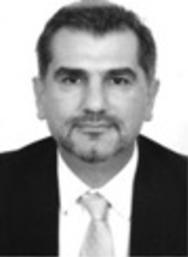 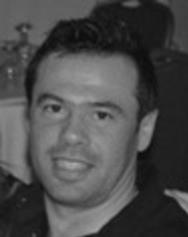